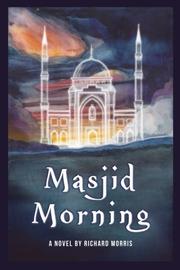 In the latest novel from Morris (Canoedling in Cleveland, 2014, etc.), a pair of star-crossed lovers—one Muslim, one Christian—face familial and societal pressures in rural Maryland.

Pre-med student Atif Bhati, the young son of Pakistani Muslim parents, and high school senior Amy Breckenridge, the daughter of a prosperous American dairy farmer, experience personal chemistry almost from the first moment they meet. Early on, Amy expresses curiosity about Islam, and Atif is pleased by her open-mindedness and happy to teach her what he knows. As their relationship deepens, the entrenched beliefs of their parents become more and more problematic, as each family harbors issues about the other’s community and faith. Atif's father, the chief surgeon at a local hospital, is spearheading a movement to build a new mosque for the local Muslim community, and he tells Atif about the town’s mulish opposition and frustrating red tape. The conflicts among the families and townspeople are eventually felt in Atif and Amy’s relationship, as well. Morris braids the various tensions so smoothly into the narrative that even the most hard-line, ideological secondary characters feel believable. But the novel’s main strength is its handling of its simplest plotline: the slow build of Atif and Amy’s romance. Morris fleshes it out with a good deal of humor and sensitivity, which allows him to work in several detailed explorations of theological topics as his characters examine the tenets of Christianity and Islam from various angles. The ending is predictable, but the author keeps the pacing taut as the story plays out against the backdrop of a complicated, modern world.

A thought-provoking and ultimately moving story that looks at love, human nature, and conservative religion.