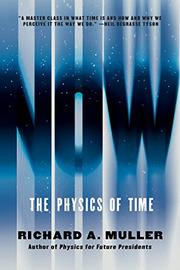 The Physics of Time

by Richard A. Muller

Educated readers know that time is one of four dimensions, but most can’t shake the feeling that it’s the odd man out. They will enjoy this popular account of “an extremely simple yet fascinating and mysterious concept.”

Muller (Physics/Univ. of California; Energy for Future Presidents: The Science Behind the Headlines, 2012, etc.) frequently quarrels with earlier popular accounts, disobeys the taboo on mathematics, and concludes that time is even odder than once imagined. One peculiarity is that, unlike length, width, and depth, time moves. “We can stand still in space but not in time,” writes the author. “We move in time but have no control over that movement—unless, of course, time travel proves possible.” Musing about time since the dawn of history, philosophers concluded that it was absolute and inexplicable. Early physicists, Newton included, did not disagree until Einstein, Muller’s hero, came along with his revolutionary theories. Using ingenious insight and simple mathematics, his special relativity proved that time is flexible, stretchable, and perhaps even reversible. Using complicated mathematics in general relativity, he proved that it is bound up with gravity, which is not a force but a consequence of the distortion of space—really, spacetime—by the uneven distribution of mass in the universe. Muller admits that time is so bound up with gravity and space that one cannot discuss them in isolation, so his book turns out to be a history of the universe beginning at the Big Bang and ending at today’s mysteries (dark energy, quantum gravity, string theory), with detours into current explanations (mostly wrong, in his opinion) of time.

Not for the faint of heart or mathematically averse, but Muller is a masterful guide within this survey of cosmology.