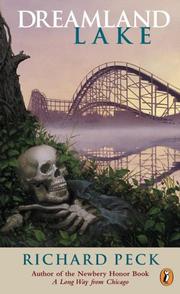 Not once, but three different times, Brian Bishop finds himself staring into the "Awful Face of Death." Brian's stunned reactions to the suddenness of death and the ultimate incomprehensibility of a corpse are in stark counterpoint to his other memories of his thirteenth summer. He and his friend Flip subsist largely on sly adolescent wit — chuckling over the inept efforts of English teacher Mabel Klimer to introduce them to POETRY, Brian's mother's fondness for Bacharach, and the frumpish gentility of an old local history book produced by one Estella Winlder Bates; they also fantasize together about their hero, the YMCA swimming teacher whom they nickname Ralph The Free. After the two boys find the body of an old tramp in the woods Flip, who lives up to his name and has a cruel streak besides, encourages Brian in another illusion: perhaps the pathetic fat boy Elvan, who has been trying to interest them in his collection of Nazi souvenirs, knows something more about the tramp's death? Their efforts to build their discovery into a full-scale mystery eventually leads to a real tragedy — a startlingly convincing freak accident which sets the seal to Brian's chronicle of innocence remembered and lost. Less convincing, however, is the implication that Flip is actually responsible for what happens to Elvan. This assignment of guilt by hindsight adds an unsettling dimension to an otherwise finely tuned shocker. Though the fraternal naivete of boarding school life in another generation has been replaced with a kind of wry public school prescience, this ambiguous mixture of nostalgia and guilt is invariably reminiscent of a Separate Peace. The message is somewhat less than meets the eye, but for boys at a certain stage of growing up, Dreamland Lake projects a firm reality.