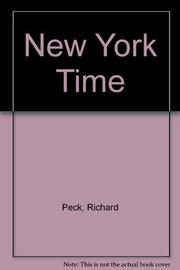 Through the traumas of mid-westerner Barbara Renfrew, class of '65, Peck takes zippy aim at some very broad targets: the dear dead days of college sororities, felt skirts, and garter belts; middle-exec Chicago suburbia; lower-exec Mafia digs in New Jersey; and moldering Manhattan. But once the going gets smooth for Barbara, with a new husband and prospective motherhood, the sweetness palls, and the novel loses pepper power. We first meet housewife Barbara in freezing Walden Woods, Illinois—so "gnawingly wholesome"—where she grabs for college nostalgia (college pinning-night serenades "in a gaggle of terrycloth and Spoolies on the Tri-Delt balcony"), mutilates a frozen pie in stabs at home cooking, and visits neighbor Libby (who dusts valances at midnight and wears "circle pins right through Watergate"). But then husband Tom announces the company move to New York City—and soon there's house-hunting in scary New Jersey and then apartment-hunting in Manhattan: they buy a place in a neighborhood "where Rosemary's baby could grow to manhood without exciting comment." Eventually, however, Tom will announce that he's leaving Barbara for a woman back home—though not before the author has skewered N.Y. (crazies, hoods, and general crud), as well as a WASP upper-exec dinner featuring "an exceedingly clear soup, perhaps drained from the eaves." And, finally, Barbara's befogged solo misery is ended by young Ed Kimbell, an urban agriculturist who turns Manhattan into an isle of dreams: sex, love, marriage, and a saccharine finale with Ed's eccentric, dying grandmother and Barbara's pregnancy. Overall: lots of fine witchy humor, but not enough motor power to carry a familiar tale over the top of sentiment.