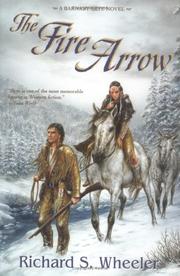 As the story opens in the 1850s, Skye's Crow Indian wife Victoria is wounded in an attack at their hunting camp by a Blackfoot raiding party. Ignoring her pleas that he return home with the rest of the hunters, Skye stays behind and nurses her back to health. Snowbound in Yellowstone country, Skye is found by a malnourished half-wild mare and her ugly colt, quickly named Jawbone. With the mare, Skye and Victoria can travel. They arrive at the Crow village after losing to robbers everything but the horses. One of the elders prophesies that Jawbone will bring trouble to the camp and orders Skye to kill the colt. Skye refuses and sets off alone with the horses. Working at a trading post, he manages to replace his rifle and other equipment, but now the horses are stolen. Skye tracks down the thieves, only to learn that they are young braves of Victoria's tribe, proving their manhood. Once more Skye goes off alone, this time meeting up with a group of ex-army men who trade illegal whiskey for buffalo hides. After drinking with them, he awakens to discover he has signed a contract with them, one making him a virtual slave. Their first stop is Victoria's village, where Skye tries to warn the elders, to no avail: The village is all but wiped out in a drunken riot. With Victoria's help, he escapes the traders, then sets out to take revenge on them for the havoc they have caused among the people. At the end, he must face the task of rebuilding the devastated tribe.

Many of the characters are paper-thin, and the prose no better than serviceable, but Wheeler's sense of setting and of history is powerful, and he has a fine command of pace.