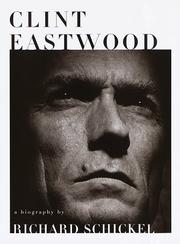 A veritable hagiography of actor, auteur, and man's man Eastwood. Time film critic Schickel (Brando: A Life in Our Times, 1991, etc.) interviewed Eastwood at length for this volume, and although the word ``authorized'' is not stamped on the cover, this is by no means an objective appraisal of Eastwood's life and films. Eastwood grew up in and around Oakland, Calif., hung out at jazz clubs, endured a stint in the army, and struggled as a little-utilized contract player at Universal Pictures before the TV series Rawhide put him on the map in 1959. Schickel is doggedly completist about reviewing all of the actor's credits; a single guest appearance on Mr. Ed requires two pages of background, synopsis, and hyperbolic pontification (``It could be said, indeed, that this was a historic occasion''). Schickel smugly stresses the extent to which Eastwood's critical standing has improved over the years, halting frequently to pummel Pauline Kael for her Eastwood animus. Eastwood is notoriously taciturn; in the comments he offers here he avoids messy self-revelation with the same efficiency and economy that govern his aesthetic in films like High Plains Drifter and Unforgiven. Schickel glosses over Eastwood's unfaithfulness to his wife and subsequent women in his life as ``one of the ways he defines freedom.'' An early '80s flirtation with the right-wing wacko Bo Gritz—Eastwood financially supported Gritz's mercenary incursion into Laos to find Vietnam-era POWs—is similarly treated as an understandable, well-meaning mistake (at least Eastwood is appropriately embarrassed about the adventure). While Schickel's not on Clint's payroll, his book reads like the longest publicity release in history. (24 pages photos, not seen) (First printing of 100,000)