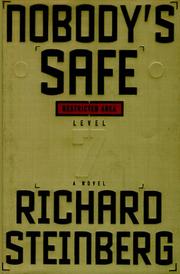 Steinberg’s second novel is not the expected sequel to The Gemini Man (1998), but rather introduces a new character, safecracker supreme Greg Picaro, who looks as if he may return for further adventures. Picaro’s unrivaled talents as a master thief derive indirectly from his own author’s background running an international security firm. And Picaro himself repeatedly invokes his god, Linus Yale, inventor of the Yale lock, while working on evading top-grade sensors. The story’s opening scene is reminiscent of David Baldacci’s Absolute Power with a safecracker who—while breaking into an apartment safe—witnesses a double murder, a villainy that leads back to a source in none other than the president-elect. The discovery that he has stolen some perfectly formed, incredibly round, or marble-shaped, diamonds (synthesized by no known earthly process), turns Picaro into a man on the run, as in Harrison Ford’s The Fugitive, itself borrowed from F.L. Green’s early “40s novel/film Odd Man Out. Then Steinberg hairpins into E.T.: Extraterrestrial with a pair of lovable little aliens, Joe and Max Gray, who have been captured by the federal government and kept in a supersecret big terrarium since their space ship crashed near Roswell, New Mexico, back in 1947 (ah, Men in Black!). Then midnovel, the story plunges feet-first into fantasy with these two “Hesperians.” Which leads to a vast error on Steinberg’s part, in that he will disappoint hard-nosed thriller readers with the goopy turn of events while his playing it mainly for crashingly clichÇ melodrama fails to weigh thoughtfully what first contact with an alien culture means. Picaro is a terrific character; whenever he comes near a safe or a sensor, the tension holds brilliantly. And so, a fusion novel folds thriller out into a sentimental fantasy—but cutting-edge only if you like filet mignon under meringue.