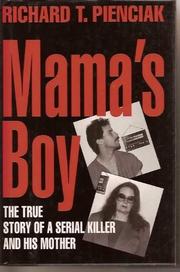 The True Story of a Serial Killer and His Mother

The freakish tale of wife-killer Eric Napoletano and the mother who protected him from the police. Napoletano was reared in New York City by his racist mother, Carolyn, and a smarmy hustler he referred to as ``Uncle Al.'' Al and Carolyn disliked each other but doted on Eric, a surly youth with a taste for Hispanic and black women, those his mother hated most. Napoletano's victims—a girlfriend, a mother-in-law, and his second wife—were murdered with great savagery, and it's clear from phone records and witnesses cited by Pienciak (Murder at 75 Birch, 1992, etc.) that Al and Carolyn knew about the killings. Napoletano, a onetime trucker, dumped the mutilated bodies of his girlfriend and wife along rural roads near New York. He simply shot his mother-in-law in the street. His mother worked for the NYPD and managed to destroy records and files pertaining to her son's crimes. The story is bizarre, and the players uniquely evil, but the narrative is curiously dry and frequently dull. The details of the crimes are vague since Pienciak gives only the most cursory explanations of how they were carried out. It's clear that Eric's sadism had something to do with events in his childhood, but no theories about its origins are offered, and the details given here of Eric's trial for the murder of his wife are hopelessly muddled. The book works best in the brief sections where we are given Carolyn's own corrosive words, which do tell us concretely about these hideous lives. Pienciak's sarcastic tone, from the book's title to his mockery of Carolyn's appearance, repeatedly disrupts the narrative, which never adequately explains what happened, or why. (8 pages b&w photos, not seen)