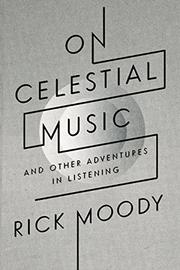 And Other Adventures In Listening

The acclaimed novelist shows off his considerable gifts for parsing music.

Moody (The Four Fingers of Death, 2010, etc.) is also a musician of semipro status, with a couple of albums by his group, the Wingdale Community Singers, and a solo set under his belt. This collection of his writing about music for various journals is characterized by passion, inspired insight and a generous sampling of warm humor. The essays cover an astonishing amount of genre ground. Moody’s catholic tastes run the gamut from rock to left-field experimental sounds, and he’s a sensitive listener who almost always connects with the heart of the matter. He tackles the challenges of writing about the most fundamental of human emotions as he carves a playlist out of the Magnetic Fields’ "69 Love Songs"; explores the expression of spirituality in the work of the evangelistic rock group the Danielson Famile; ponders what music in heaven might sound like in the title story, which springs off a live recording by Otis Redding; muses on the affect of the Pogues’ music, viewed through the prism of lead singer Shane McGowan’s alcoholism; and excoriates the soullessness of modern European pop in a tart and frequently hilarious jeremiad about the drum machine. Some chapters are less satisfying: Moody’s account of two weeks at a New York music camp is essentially a journal entry, while a survey of the fin de siècle New York underground reads like exactly what it is: a chapter from an as-yet-unpublished textbook. But most of the writing is acute and intensely wrought. It’s often highly personal stuff—Moody weaves his parents’ divorce, his struggles with alcohol and his performance experiences into the mix—but it never succumbs to the solipsism so prevalent in much latter-day rock criticism. For Moody, music is most of all about rapture, and he communicates his feelings with an ardor and intelligence all too rare in these waning days of music criticism.

Thoughtful, heartfelt and frequently moving, like the best music.