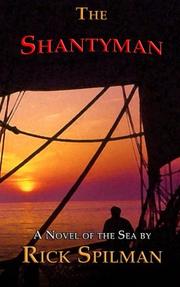 With eloquent accuracy, Spilman’s novel captures the life of a 19th-century sailor.

Bill Doerflinger is a young archivist wishing to record old sea shanties sung by a few aging sea captains and their mates. In October 1938, he travels to the Staten Island home of 85-year-old Capt. George “Georgie” Anderson, who recounts a fantastical tale. In 1870, at age 17, he sailed from New York to Australia and back in the medium clipper Alhambra. The journey begins under the command of Capt. Josiah Adams, who leads a motley crew of complex characters. The most fascinating of the common seamen is an enigmatic drunk named Jack Barlow. When Capt. Adams falls ill and dies, the ship faces all manner of turmoil, from rumblings of mutiny to the terrifying roar of a hurricane. As tensions on board increase, Barlow proves far more astute than he first appears. Meanwhile, the naïve Georgie is beginning to find his “sea legs” with the help and hindrance of his crew. The novel carefully charts the young man’s intellectual and moral development. His initial sense of awe, along with the precarious nature of life at sea, is captured with an effortless grace: “When the sun was shining, the endless progression of the Southern Ocean graybeards was breathtaking—rolling mountainous peaks, thirty and forty feet high and long, with low valleys between. The wave tops were ten feet of boiling foam while the waves themselves were mighty beasts seemingly ready to devour us, just about to overwhelm the ship, until the fine lady Alhambra lifted her skirts and rose up.” A profound understanding of nautical terminology and procedure is also evident, yet the author is careful not to confuse readers who don’t know a “crojack” from a “spanker.” Eager to educate, the book also contains a comprehensive glossary, a rigging diagram, and an essay on the history of the sea shanty. Spilman’s colorful, well-researched novel will enthrall both sailing enthusiasts and landlubbers.