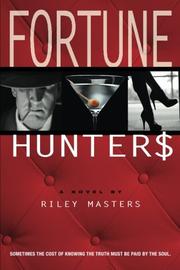 Masters’ story takes place in Boston’s downtown, near the financial district and in the wealthy suburb of Brookline soon after the financial meltdown and Madoff’s Ponzi scheme. Boozy McBain, a Wall Street trader–turned-detective, and his partner, Boston O’Daniel, a fiery redhead and the police captain’s daughter, reveal a talent for financial fraud investigation and for reaching large settlements with money managers who’ve scammed their clients. While celebrating his latest victory at his favorite watering hole, McBain meets Christina Baker, a 30-something raven-haired beauty with a sharp wit and even sharper tongue. His interests are purely social, but Baker has just lost her inheritance and her parents in an apparent double suicide; she wants her money back and justice. With mixed motives and strong reservations, McBain agrees to investigate the case on his own time. When O’Daniel discovers her partner’s off-the-books activities, she’s intrigued by the case and joins the paper chase. Although McBain and O’Daniel can’t find proof of criminal activity, their client presses, certain that her parents’ financial adviser, Roche is somehow involved. As the investigation turns up new leads, ties are made between her parents’ physician, Lehmann, and Roche. Pulling on the loose threads, the detectives begin to unravel an elaborate scheme of fraud, murder and personal betrayal in which greed, passion and family secrets hide behind proper appearances. Masters’ well-written story weaves together exquisite plot twists, believable characters and realistic dialogue, resulting in a story that flies by in vividly descriptive writing: In McBain’s favorite bar, “The room hummed softly to the engine of glass, ice, and conversation,” and in an exchange between Baker and McBain: “You do like your martinis….Why do you drink so many?” “They’re what some of us have instead of children.” A novel this good isn’t beginner’s luck; indeed, Masters’ consummate writing skills, his work on Wall Street and his experience living in Boston drive a most authentic storyline.

A riveting novel ripped from the headlines of the Wall Street Journal.