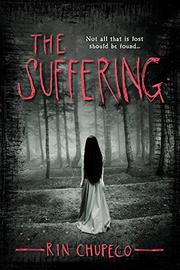 The avenging spirit Okiku and her teenage pal search for a lost friend.

Seventeen-year-old Tark has adjusted pretty well to life with Okiku, the vengeful spirit that accompanies him wherever he goes. Tark is able to control Okiku's blood lust, harnessing and aiming it at only those that truly deserve it. When an old friend, Kagura, goes missing, Tark and Okiku travel to the Aokigahara, a forest in Japan infamous for suicide, to search. As the location's dark past is revealed, Okiku begins to lose sight of her moral compass, and Tark begins to feel that nothing will ever be the same again. The novel's horror set pieces are the real highlight. Chupeco establishes a creepy, sinister tone early on but never veers into camp or overwrought darkness. There are bad things in this world, and the author delights in examining both its monsters and the implications of pitting them against one another. The novel's shortcomings are few but large. The opening chapters are clunky, trying hard to fill new readers in on the events of The Girl from the Well (2014) and setting up this plot at the same time. It's also hard to tell which details are vital to the story's background and which details are intended for the story's future. This chunky opening hobbles the book, which doesn't shift into high gear until 76 pages in, and from then on, it’s relatively smooth sailing.