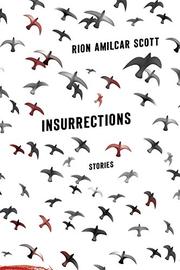 Thirteen stories chronicle the way things go for the African-American residents of Cross River, a fictional town in Maryland, in this debut collection.

A man who fails at hanging himself also fails at entertaining at his son’s birthday party in a ratty Cookie Monster suit. A man who can’t win at much else beats his 11-year-old daughter at chess 202 times in a row. A man trying to find his lost, addicted brother accidentally leads the people he’s hiding from right to him. A man goes to a barber who is certain to ruin his hair…and has his hair ruined. Kids torment their teachers, talk trash, throw rocks, are beaten by their parents, watch pornography on the eve of their religious confirmation. Nothing goes smoothly in Cross River, and most things go very badly indeed. As a footnote in a story called “Party Animal” explains, “It was determined that the CRPD, a largely African American force, was seventeen times more likely to use deadly force against minority suspects than similarly-sized police departments.” A guy on the way to a job interview is mistakenly arrested when he is taken for someone named Juba. Upon his release, he finds out that everyone in town knows about Juba but him. “Some said I was lucky I still had a life. Others tied Juba to a police slaying so many months ago. A good number of people described Juba as a happy-go-lucky guy, the Santa Claus of marijuana peddlers, a grandfatherly guy with good advice and a sack of chronic. Only I, it seemed, had never heard of Juba.” When he finally finds Juba, he finds a true son of Cross River, part ethnographer, part linguist, part historian. This is a town founded on the site of the only successful slave revolt in U.S. history. As the narrator of the final story, “Three Insurrections,” puts it, “They burn down the plantation and kill they masters dead….Got a town standing to this day in America. They ain’t never shut it down.”