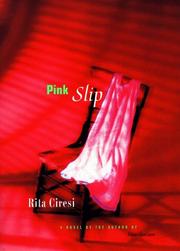 Bold humor lifts a story of contemporary relationships, familial and romantic. It’s 1985, and Lisa Diodetto’s life could be much worse. But, according to her traditional Italian-American family, it could also be a lot better. At 25, she’s still not married! Has no children! Lives in the Big Apple! Rarely goes to church! Meantime, her dreary job editing Holocaust memoirs, her recent abortion, and a long string of unmemorable dates have left Lisa reevaluating her various decisions. Thanks to the sound advice of Dodie, love of her life (he’s also her gay cousin), she changes jobs and moves to upstate New York, where, who would have thought, things really heat up. Employed by a large pharmaceuticals company, she edits brochures by day while also penning on the sly a corporate-erotic adventure story. But not long after her arrival, she commits a professional no-no: she falls in love with her boss. Older (of course) and domineering (naturally), Eben Strauss seems an unlikely match, though don—t they all? The relationship, in fact, follows the standard pitfalls of any, but with one twist: Eben, son of a Holocaust survivor, contributed a candid account of his experiences, which Lisa remembers editing. It is only when they are spotted at a hotel by a co-worker—ironically, just as Lisa’s up for promotion after editing the company’s sexual harassment policy—and Dodie gets sick that their happiness begins to crumble. Revealing that he’s dying of AIDS, Dodie brings more than just one fateful message: he and Lisa once shared a needle. Subsequent AIDS tests taken by Lisa and Eben bring their relationship to a halt. But will love somehow prevail? Will Lisa reconcile with her traditional family? Will she persist in writing her tacky novel? Ciresi (Blue Italian, 1996, etc.) gives satisfaction, though it’s not the forward-moving plot that invites reading so much as it is her true spark of humor and biting honesty. (Author tour)