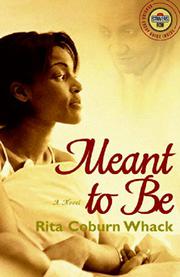 Jan Campbell is an excellent student and devoted churchgoer—until she scandalizes the Baptist congregation by saying “nobody should hold a child back from God. . . .”

Aunt Ada agrees in principle, though she’s never uttered more than a quiet amen in church. Jan loves to listen to Ada’s stories of life in rural Mississippi, before the family migrated to the mostly black Chicago suburb they live in now. Her father Charles, a plainspoken dirt farmer down south, isn’t quite good enough for her mother Jessie, who used to work as a hired glamour girl, distracting the marks in a cardsharp’s traveling game. None of this makes much sense to Jan, who listens for answers in the bittersweet lyrics of jazz singers and grows up wondering about the mysteries of life—and love. Her first lover is Don Obatunde, who grew up in the projects with his heroin-addict mother, turned to crime at a young age, and became a sculptor in jail. Upon his release, wealthy white women helped get his work into galleries and shows, and Don showed his thanks by bedding them all. When Jan discovers that he’s involved with another woman, she thinks how nice it would be if she could commune with the family spirits. Her long-dead grandmother Hannah is waiting, but Jan can’t hear her words of advice (yet). Though Hannah’s “earth time” is over, her spirit moves freely between this world and the Hereafter, offering wise counsel in a woo-woo language that doesn’t sound like anything from Mississippi (it’s noted that Hannah is part Cherokee, as if to explain the cryptic comments). Eventually, Jan lands a great job at a jazz station, and, having gotten a new love, responsible Phil, figures out that the voice she hears in her head doesn’t mean she’s crazy—just communing with family ghosts.

Well-written though oft-told, and interrupted much too often by a confused spirituality.