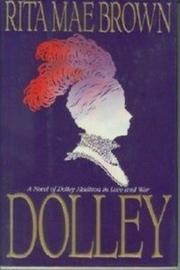 This pallid historical novel explores Dolley Madison's tenure as first lady, focusing in particular on the year 1814 and conflict with the British. Brown (Venus Envy, 1993, etc.) brings little of her characteristic humor to the tale, making Madison a virtuous bore. Third-person accounts of dinner parties and cabinet meetings are interspersed with selections from Madison's fictional diary, but it all seems geared more to relating historical facts than to entertaining. While a list of characters and short descriptions of their roles precedes the text, Brown finds it necessary to explicate further whenever anyone is introduced, and there are endless passages about Madison's insight into politics and her amazing social skills. Her love for her husband is true and steady, adding little spice to the story; even when certain newspapers accuse the first lady of sleeping around, her husband never doubts her. Madison's involvement in the lives of her slaves is interesting but handled too primly. Sukey, Madison's personal servant, is promiscuous and rebellious (claiming that she will never marry, she says, ``I'm not being the slave of a slave''), but the other people toiling under her command are faithful and adoring. One even insists that were he to be freed, he would remain with her. Some of Madison's recollections about her Quaker upbringing and her growing obsession with shooting craps are intriguing, but they are rarely integral to the proceedings. For those interested in the gossipy side of history there are tidbits like the rumor that John Randolph may have had shrunken genitals or that Louis Serurier, minister from France, and his wife, Lisel, had ``a European marriage at its best,'' meaning that they were free to have affairs. Ultimately, however, nothing much happens in Madison's life. A war rages, but there is little forward motion in her retelling of daily events. Unusually prudish work sabotaged by the author's admiration for her subject. (Literary Guild alternate selection)