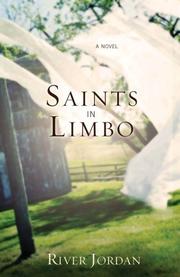 An inspirational message drives this story about an elderly widow, a magic rock and some transformed lives.

Since the death of her beloved husband Joe, Velma True’s hold on life has become precarious. She won’t even venture to her mailbox since finding his death certificate there. So the visit of a mysterious stranger to her little house outside Echo, a small town in the Florida panhandle, comes just in time. The nameless ancient who can “brush his fingers through the stars” gives her a small rock that changes colors, emits heat and light and offers a limited form of time travel. Briefly, Velma is back with Joe in the first year of their marriage, thinking: “This moment is forever and always.” Though the rock is benevolent, possession is not risk-free. There are bad actors out there, fallen angels who will try to steal it. Jordan’s previous novel, The Messenger of Magnolia Street (2006), featured the same good vs. evil conflict, but this follow-up is neither as well-written nor as persuasive. Velma must confront her irrational guilt over the four miscarriages following the difficult birth of her only son, Rudy, who has his own problems to work through. He’s a bed-hopping ladies’ man, movie-star handsome, unambitious, singing cheerfully as he delivers the mail on his rural route. He has yet to fulfill his potential and give Velma more than a careless love. Jordan packages a folksy small-town world of timeless rhythms, then adds a guitar-toting teenage runaway on a mission that will take her to Velma’s house and two lonely retirees who take off for Africa. Lurking in the shadows are evil, shapeless things, more laughable than fearsome, the weakest link in Jordan’s chain. Not to worry: Velma and Rudy will get the message (“No regrets”) and become new people, at peace with themselves.

Overly sentimental fare that will probably find some readers to cherish it as a spiritual balm.