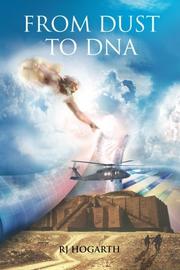 FROM DUST TO DNA

A famous philosopher bent on disproving the existence of God searches for an ancient relic in Hogarth’s scientific thriller.

After religion is banned from British schools, John, a newly unemployed teacher, seeks out the man responsible so he can come to terms with his own agnosticism. That man is the influential, arrogant Sir Ernest Everleigh, who, driven by a personal vendetta against God, has developed a dangerous plan to acquire a relic that he believes might finally prove his beliefs to the world. John is drawn into Sir Ernest’s plot and accompanies him on a quest for information. What they find might be the remains of the real-life Gilgamesh—a discovery which may be the missing link in evolution or, alternately, potential evidence of divine intervention. The novel combines an action-heavy plot with lengthy passages detailing both the scientific and philosophical questions central to debates regarding human evolution and creationism. As Sir Ernest and John struggle to discover the truth about the origin of life, they manage to travel from Oxford to war-torn Afghanistan, and in the process, they cover an equally large expanse of metaphysical terrain. The narrative abounds with miracles, near-death experiences and even theories of ancient extraterrestrial intervention. While Hogarth posits a unique explanation of human creation, this often comes at the expense of storytelling; narration and dialogue contort to accommodate the detailed exposition. As a result, the plot itself might confuse readers more than the novel’s debates on the nature of evil or omnipotence.

A thought-provoking but tortuous take on the origin of life.