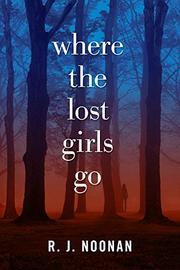 WHERE THE LOST GIRLS GO

Fresh from the academy, Laura is dispatched to what at first appears to be a straightforward DUI. The wrecked vintage sports car belongs to local author, celebrity, and benefactor Kent Jameson, and the driver appears to be his missing, troubled teen daughter, Lucy. But this case is definitely a homicide: the car’s brakes were deliberately cut. As forensics works to identify the body, Noonan (Domestic Secrets, 2015, etc., as Rosalind Noonan) intersperses the disappointed expectations of Laura’s Japanese-American parents and her unrequited crush on the boy next door with generic evil soliloquies by the serial killer. The diary in Lucy’s room indicates she was in a relationship with an older man she called A, perhaps A as in Andy Greenleaf, the handsome ranch hand on the Jameson estate. It turns out the victim of that anything-but-accidental accident was not Lucy but an orphaned runaway who was drugged. Lucy, meanwhile, is living with a band of runaways in the forest led by a charismatic survivalist they call the Prince. Is this a murderous cult? Or is something else waiting in the dark shadows of the trees?

Ham-fisted—in both the pointedly ethnic characterizations and the clearly obvious identity of the murderer—and eminently forgettable.