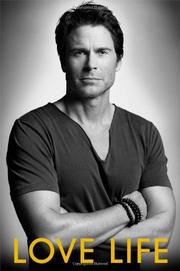 Actor Lowe follows up his Stories I Only Tell My Friends (2011) with a potpourri of observations and reflections about youthful indiscretions, celebrity tidbits, marriage and fatherhood, addiction and the acting life.

In his Brat Pack days, the author’s good looks cast him as a leading man and, at the same time, an underrated actor. Readers will learn there’s more to him: his love of the craft; seriousness in steering his acting, writing and producing career; dedication to his wife and sons; and a keen self-awareness. He readily admits his flaws—e.g., self-centered tendencies (“[Parks and Recreation co-star] Rashida Jones claims that I am what she likes to call a benevolent narcissist”) and emotional aloofness. Given the latter, it’s no surprise that his best writing comes in astute observations of the world he inhabits rather than through introspection, which comes off as a bit forced. The strongest material demystifies the process of developing projects for TV and film or choosing and preparing for roles. Lowe approaches his work with an adventurous spirit and an eye toward improvement, and he notes how he often chooses more challenging characters rather than leading roles. Lowe obviously enjoys pointing out the absurdities of show business, as when he conjures up a hilarious conversation between an agent/manager and his client that captures the duplicitous nature of the game. Tender essays about his family show a more vulnerable side to the actor. He writes of losing it after sending his oldest son off to college, teaching the youngest boy how to stand up to a bully on the baseball field, and his glowing admiration for his wife. Readers won’t soon forget his most fearless essay, which recounts a raw, heartbreaking experience from his days in rehab for his alcohol addiction.

A savvy writer with a quick wit, Lowe invites readers into his world with easy charm and disarming frankness.