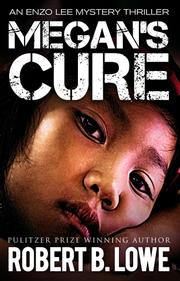 by Robert B. Lowe

In Lowe’s (Project Moses, 2013, etc.) latest series novel, journalist Enzo Lee sets out to find a miracle drug for his ailing grandmother and stumbles upon a corporate pharmaceutical conspiracy.

When a strange man kidnaps 10-year-old Megan Kim after luring her away from her school, authorities are quickly alerted. But despite appearances, Dr. Walter Novak of the major pharmaceutical company Merrick & Merrick hasn’t kidnapped Megan for evil purposes—he’s trying to save her. Meanwhile, reporter Lee stands vigil by his grandmother’s bedside. He’s losing hope for her recovery until her doctor mentions a miracle cure that was once on the horizon but suddenly disappeared without a trace. Putting his investigative skills to work, Enzo locates Megan and Dr. Novak, and he’s quickly pulled into their desperate plight when he understands the implications and impact of Novak’s discovery. Lee does everything he can to bring their story to light, despite the odds; meanwhile, Merrick & Merrick will stop at nothing to prevent Dr. Novak from revealing his world-altering secret. Lowe brings back the likable, persistent Enzo Lee in this third novel. At the outset, Enzo is reporting light fluff pieces and still reeling from a journalistic debacle—but he appealingly steps up when the going gets tough. Lowe portrays Megan as wise beyond her years, a trusting child who never appears naïve. Another supporting character, Detective Bobbie Connors, is also a solid asset to the story. The novel quickly introduces multiple storylines and characters, and as a result, it takes a while for the plot to truly kick in and gain traction. However, Lowe soon merges his various elements to deliver a story that moves forward with solid assurance.

Another cohesive, engaging thriller in the Enzo Lee series.