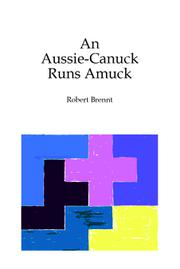 Andrew Bloomfield is a contract professor of mathematics in Toronto who’s been unable to “break into the tenure stream,” despite decades of competent service. In 2016, he’s in his 70s and financially secure but lonely—and increasingly fixated on Russian President Vladimir Vladimirovich Padlov, whom he considers an “ignorant odious, evil little swaggering sprite with the mind of a blundering bully.” Padlov’s crimes and vices are indeed numerous, but Andrew focuses on how the president has undermined the Soviet-era policy of mutually assured destruction, which has increased the threat of a grand “nuclear conflagration.” Andrew has always been drawn to Russian culture—he lived in Moscow in the mid-1960s—and he turns to Russian dating services when searching for companionship. While dating a beautiful woman from Siberia named Nadia Nazarenko, he was subjected to a daily diet of Russian television, and his hatred for Padlov became truly implacable. At one point, he turns to a stranger in line at the bank, whom he suspects is Russian, and asks, “Padlov is just too much, don’t you think? Someone should get rid of him, that’s for sure”; soon, the professor is formulating a dangerous plan. Brennt chronicles Andrew’s slow descent into madness in a peculiar but beguiling mixture of the quotidian and the comically fantastical. Over the course of the book, readers learn a lot about Andrew, from his emigration to Toronto from Australia as a young man, to his disdain for the dogmatism of Marxist theory, to his failed marriage and strained relationship with his stepsons. The protagonist comes off as an engagingly quirky character—a deeply cerebral man “who can’t get enough cosmology,” and who gets lost in reflections on “nothingness.” At its best, the novel is a thoughtful, often funny exploration of the allure of political anger. However, the plot inches along at a glacial pace and takes too many detours—many of which amount to simply more scrutiny of Andrew’s everyday life.

An intelligently conceived tale of frustration, but one that’s too slow-paced to keep readers’ attention.