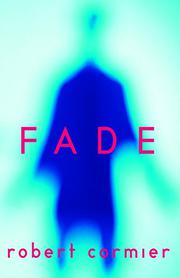 Young Paul Moreaux discovers that he's inherited the ability to disappear at will, and what might have been at least partly a blessing in the hands of another author is in Cormier's hands an unalloyed curse. Paul's French-Canadian family has a secret known to very few: once each generation a "Fader" is born, though the trait doesn't manifest itself until adolescence. Paul lives through 13 peaceful, unmemorable summers before he begins to notice that people can't always see him. His wayward uncle Adelard, the previous generation's Fader, steps in to teach him partial control over the Fade, to caution him against misusing his ability, and to tell him that when the next Fader begins to mature it will be his responsibility to pass on the teaching. Since Paul is an introspective, commonsensical sort, he doesn't try to hurt anyone with his talent, but he does succumb to the temptation to be a voyeur: in quick succession, he catches an ultrarespectable local shopkeeper engaging in oral sex with a teen-age girl, and watches in horror as his elegant, new-found friend Emerson makes love to his own twin sister. Shortly thereafter, Paul kills a man in a fit of anger. These experiences sour him on the whole idea of Fading, and he remorsefully vows never to Fade again. The next generation's Fader is Ozzie Slater, illegitimate, abused so much that his nose is permanently mutilated, with a bone-deep grudge against the entire world. Once he discovers his ability, he immediately kills his adoptive father and goes on a rampage. An older Paul appears on the scene, but by now Ozzie is too far over the edge; after a violent scuffle, Paul finds himself a killer once again. Setting, structure, and characters are woven together in shifting, complex patterns as Paul finds out that the Fade is a terrible burden, capable of doing more harm than good: Cormier has once again produced a profoundly disturbing, finely crafted gem that's hard, cold, and brilliant.