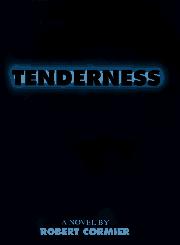 A serial killer; an aging cop with a hunch; an impulsive 15-year-old runaway: Three familiar characters are spun by a master of suspense into another disturbing study in emotional dysfunction. Convicted in the less punitive juvenile court—just as he had planned—for the murder of his mother and stepfather, Eric Poole has served his three years, and is slated for release on his 18th birthday. Outwardly guileless and extremely charming, he has convinced everyone that he was a victim of abuse (with self-inflicted scars as evidence) who struck back. Only Lt. Jake Proctor, who suspects Eric in the unsolved murder of two teenage girls, is skeptical. Enter Lori, a rootless girl with scars on her wrist, a woman's body, and the memory of a clean-cut boy who was nice to her years ago. Both she and Eric are searching for "tenderness"—which means, for her, safety and respect, and for him, the fierce inner response after he holds a life in his hands and then takes it. Cormier (In the Middle of the Night, 1995, etc.) draws the strings taut as Eric decides what to do with Lori, and Proctor watches and waits for a chance to get Eric back behind bars before he can kill again. In a devastatingly ironic climax, Lori helps Eric evade Proctor's trap, then dooms him by dying under suspicious but entirely accidental circumstances. Almost everyone here is a victim; one is a monster. (Fiction. 12+)