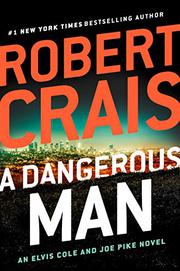 If you’ve always wished Lee Child’s Jack Reacher had a little more balance in his life—but the same formidable talents—you'll love Joe Pike and the latest book in this long, superb series (The Wanted, 2017, etc.).

All Joe wanted to do was go to the bank and make a deposit. He knew Isabel Roland, the young teller, seemed a little interested in him, but he doesn’t mix romance and money. Sitting in his car shortly after leaving the bank, though, he notices Isabel walking outside and putting on a pair of sunglasses, and then he sees her talking to a man and disappearing into an SUV with him, "a flash of shock in her eyes." Joe's training—which includes stints in the Marine Corps, the Los Angeles Police Department, and “various private military contractors”—makes him sit up and pay attention. He follows along in his own Jeep, and when the SUV stops for a traffic light, Isabel’s abductors don’t stand a chance. Then, when Isabel is kidnapped again, Joe feels compelled to find her. He enlists Elvis Cole, his longtime friend and private eye, whose laconic style and sharp wit are a helpful counterbalance to Joe’s terse style. As they search for answers, more dead bodies pile up, and the men wonder just how innocent this bank teller really is. Told from the alternating perspectives of Joe, Elvis, and various criminals, the story becomes multilayered while the tension builds. Crais never loses control of his clean, clear prose or his ability to sketch fully fleshed characters in a few scenes, with Joe providing the action and Elvis providing the insight.