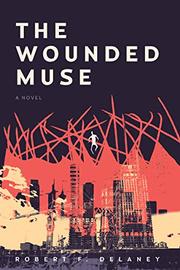 Debut novelist and veteran journalist Delaney offers a thriller set in a modern China that, in the mid-2000s, hasn’t become the open society that many have hoped for.

It’s the beginning of the new millennium, and the Chinese government is feverishly working to change the cityscape of Beijing in time for the 2008 Olympics—and trying to make people forget things like the 1989 Tiananmen Square massacre. Journalist Jake Bradley’s friend Qiang left a good job in California’s Silicon Valley to come back to his native land and make a documentary about its rapid changes. This draws the attention of the government’s Public Security Bureau, and Qiang goes missing; Jake, who’s in love with Qiang, vows to find and rescue him. In his quest, he has the help of Qiang’s sister, Diane, and Qiang’s ex-husband, Ben. If they can blow the lid off a massive bribery scandal involving the Olympics, they’ll have enough leverage to get Qiang freed. At the same time, Delaney tells the story of Dawei, a hapless young man from the Chinese provinces who also gets mixed up in the main plot. Delaney has been covering China since the mid-1990s for such outlets as Dow Jones Newswires, Bloomberg News, and the South China Morning Post (where he’s currently the U.S. bureau chief), and he’s clearly the right person to tell this story—a trustworthy guide and a fine example of “write what you know.” He ably tells a tale of a China in the midst of transformation, as in a poignant vignette in which a starving Dawei stands transfixed outside a Häagen-Dazs ice-cream parlor, trying to make sense of it all. The author also shows how urban renewal also means urban upheaval, using choking dust and smog as a visible metaphor throughout the narrative. The book offers a thoughtful love story, as well; Ben is willing to take risks to free a man who divorced him, and Jake takes those same risks, not knowing if Qiang will ever reciprocate his love.

An observant debut novel in which the characters’ selflessness shines through the haze.