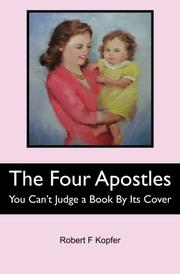 Abandoned as a child by his parents, young and brilliant Jason Swartzkopf feels he has no past, present or future. Despite his inward restlessness, he receives a scholarship from an anonymous donor to attend the prestigious Albert Einstein State Preparatory Academy. After he gets in a fight with a bully, his foster father, Jonas, advises him to begin a new life: “Just follow the teachings of St. Francis.” The novel at hand, however, is less about moral teachings than about a love story about Jason and the fabulously wealthy Brittany Whylee, a brilliant student who has a past similar to Jason’s: Her parents were killed in a plane crash. Jason is deeply attracted to the beautiful, intelligent Brittany but thinks any relationship with her is doomed because, he muses, “She was of another world.” Indeed, Brittany is engaged to the sinister Mark Taylor, the leader of an evil student group called the Four Apostles. Then things get worse for Jason: After Monica, an Apostle’s girlfriend, is raped and murdered, police suspect him of the crime. The book’s grammatical errors can sometimes be confusing; for example, a prosecutor says that Jason “wanted to prove himself as a viral man.” Jason’s virility doesn’t prove an issue, however, as he and Brittany have a one-night tryst that results in a charming child named Annie; the novel soft-pedals its moralizing, however, spending much more time advancing the plot than developing underlying moral themes. As a result, the author manages to deliver a mystery with many twists and turns, including multiple courtroom scenes that effectively move the plot forward.

A well-paced, if flawed, tale of romance and murder.