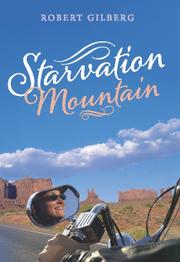 Starvation Mountain is 50-something Jim Schmidt’s “motorcycle playground”; its avocado groves and stunning views give him a respite from heartbreak and the Silicon Beach rat race. He plans to build a home there and spend his days exploring Southern California on his motorcycle. When he meets a “lanky California blonde” in the area who goes by the name of Penny Lane, it’s love at first sight. He invites her along on the motorcycle ride of a lifetime, retracing the same route from Los Angeles to New Orleans that was made famous in the 1969 film Easy Rider. But Jim’s new traveling companion comes with baggage: Penny’s former boss, Mack, is in serious trouble with some sketchy, downright homicidal men. With the bad guys in hot pursuit, it seems like Jim and Penny could share the Easy Rider characters’ grim fates. But they avoid this thanks to Jim’s survival instinct—and what could possibly be the ghost of James Dean, acting as a guardian angel. Gilberg’s previous novel, in which Jim appeared as a character, traded in the high stakes of the international thriller, but this follow-up takes more of a Laurel Canyon approach, opting for a story that owes more to New Hollywood than it does to James Bond. The thrills largely take second billing to the romance, the landscape, and the motorcycle-riding life. Still, Gilberg is careful not to shortchange the reader during the action scenes, which explode with well-crafted mayhem. The author occasionally overuses italics for emphasis, but this is a minor stylistic flaw in an otherwise highly enjoyable work. Gilberg’s clear affinity for all things ’60s, exemplified by a stream of classic-rock references, makes this a must-read for hog-lovin’ baby boomers.

Get your motor runnin’ and head out on the highway with this mellow thriller that offers an affable take on road movies.