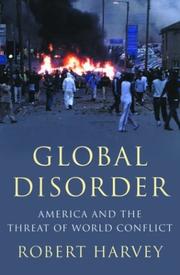 America and the Threat of World Conflict

It’s a dangerous world out there, getting uglier every day—thanks in large part to the US, which appears to be clueless in foreign policy. So runs one of several provocative arguments in this timely study.

Updating his 1994 The Return of the Strong in light of 9/11 and other world events, British journalist and politician Harvey (“A Few Bloody Noses,” 2002, etc.) accepts as fact that the US is the world’s sole superpower, though he isn’t necessarily happy about it. Part of being the biggest bully on the block, of course, is the attendant loathing and envy of the less powerful, which has intensified in places like Afghanistan; this is especially true when the man at the bully pulpit is unschooled in the ways of the world and likely to turn tail when the weak strike back, as did Bush I in Gulf War I and Clinton in Somalia. At the same time, Harvey writes, the triumph of global capitalism is likely to yield some sick fruit: new variants of the economic system may be on the rise, mixing free-market values with inhumane governance. The result of all this, he holds, is a world infinitely more dangerous for Americans and Westerners at large, and even more unpleasant for everyone else who has to live in it. What’s to be done? Well, Harvey suggests, it might be nice to share some of the power and risk with Europe and Japan, yielding “the kind of global economic management [and policing] that becomes possible in a world of three superstates.” Both description and prescription seem sound enough, even if the argument is full of John Bullish roars (“Africa must be taken in paternalist partnership by Europe”)—and Harvey has a tendency to lose the thread of his argument in a dense web of detail.

Still, useful reading for those with a passion for geopolitics and a conviction that America should stop hogging the business of global domination.