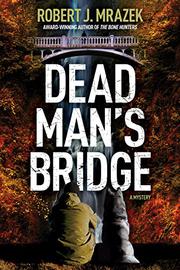 College officials try to block the investigation of a campus crime, but a dogged security officer can’t turn his back.

Jake Cantrell’s devastating deployment in Afghanistan ended in his court-martial. Years later, his tarnished reputation follows him, and he’s still trying to put his life back together, working as a security officer at little St. Andrews College in upstate New York. Late one night, he gets a call about a corpse dangling from a rope on a campus bridge. Jake tangles immediately with his boss, Janet Morgo, who wants to declare the victim a suicide. The case is complicated by the arrival of the press and the decapitation of the victim, restaurateur Dennis Wheatley, who had returned to his alma mater for a reunion. Wheatley’s widow, firmly rejecting the suicide theory, looks to Jake to find the truth. Could it be coincidental that Wheatley was about to make a major gift to the college? Things get even more complicated when college president Jordan Langford summons Jake to his office. Jake’s ex, Blair, dumped him for Jordan while he was in Afghanistan, but Jordan also got him this lifeline of a job. Jordan’s appeal for Jake to help him deal with a blackmailer will inevitably move the Wheatley case to the back burner. At the same time, Jake can’t help wondering whether there’s a connection between the blackmailing and Wheatley’s death. And helping Jordan inevitably brings him back into Blair’s orbit.

Mrazek’s (The Bone Hunters, 2015, etc.) gritty, vulnerable sleuth is a compelling protagonist whose first-person narration is punchy and lucid. An auspicious series debut.