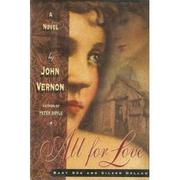  Acclaimed historical novelist Vernon (Peter Doyle, 1991, etc.) re-creates the story of real-life Baby Doe Taborsilver-miner, upwardly mobile ``loose woman,'' wife of the richest miner in 19th- century Colorado. Born in Oshkosh, Wisconsin, in the late 1850s, Baby McCourt grows up beautiful and pampered, with a sensual nature. As a teen, she dreams of dancing on stage and wins the local skating contest; later, she goes on to marry Harvey Doe and move to Colorado, where she gets written up in the newspaper as the first woman to actually work in a mine. Eventually, Baby leaves drunkard Harvey, though, and gleefully takes a string of lovers, matter-of-factly noting their bedroom prowess, or lack thereof. Then she snags immense, smelly Horace ``Haw'' Tabor (``His thick hairy body inspired disgust, but disgust made Baby...amorously inclined''), the wildly rich owner of multiple mines. By unscrupulous means, Haw and Baby discard their spouses and throw a gaudy wedding attended by President Chester Arthur. Over the years, the two flaunt the trappings of their seemingly limitless wealthwith showy accessories including two daughters, Cupid and Silver Dollar, wolfhound puppies, and peacocks on the lawn. But Haw dies broke, Silver meets her own horrible end, and Baby lives to cantankerous old age in a filthy shack by the shaft of one of their mines under the beneficent care of a hobo named Sue. Through it all, though Vernon's surefooted, free-associative prose often dazzles, the effect is of an exotic spectacle rather than a resonant drama: The characters, their bodily sensations, and vaguely conceived desires are conveyed vividly, as is the dirty, dangerous, greed-inspiring Colorado landscape, but the pain of their losses is rendered much more elliptically than their conquests and triumphs. A high-color portrait that's viscerally powerful but emotionally flat.