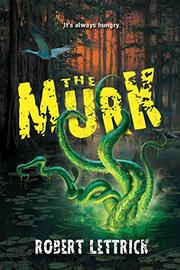 Is there a secret in the swamp that can cure all ills? Piper’s banking on it.

Piper Canfield wished for a baby sister when she learned her parents couldn’t have any more children. She promised to watch over the baby if it came. Miraculously, baby Grace arrived, and Piper has made good on her promise, but one lapse puts Grace in danger when a rabid wolverine threatens her in her bassinet while the family is camping. Grace is fine, but Piper blames her best friend, Tad, and freezes him out. She starts running with the popular, pretty crowd until baby Grace comes down with Alpers syndrome, a virtual death sentence…and Tad suggests they use his ancestor’s notes to search the Okefenokee Swamp for a fabled silver flower that cures all diseases. Piper, Tad, Monty (aka Creeper, Piper’s little brother) and swamp-boat driver Perch head out on what they think will be a one-day excursion, but the wildlife is attacking when it shouldn’t—and something deeper in the swamp is even more dangerous. Readers drawn in by the Goosebumps-like cover will quickly set aside Lettrick’s second animals-attack tale (Frenzy, 2014). The kid characters have an unfortunate tendency to speak like college professors, hampering their development significantly. Also hindering the story’s effectiveness are interspersed excerpts from Tad’s ancestor’s 19th-century diary, rendered in florid prose.

Few will make it to the monster’s first mention, nearly halfway through. (Horror. 9-12)