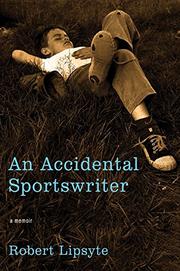 The author begins with an account of how he stumbled into journalism, landing a copyboy job with the New York Times not long after graduating from Columbia University. He had a skeptical eye practically from the beginning. As a chubby schoolboy, he had endured harassment from jocks. “I was,” he writes, “a fat kid trapped at the bottom of the masculinity chart.” His remarks about the Times, scattered throughout, range from grateful to caustic (he has only ill to say of Howell Raines). But he acknowledges some mentors, too, principally Gay Talese and Howard Cosell. He charts the vicissitudes of his relationships with some athletic legends, among them Muhammad Ali, Mickey Mantle (he praises Jane Leavy’s 2010 The Last Boy), Joe DiMaggio and Billy Jean King. However, Lipsyte doesn’t focus entirely on athletic celebrities. He provides sections on lacrosse players on the New York Onondaga Indian reservation and on Gerard Papa (a youth-basketball pioneer), and he talks about two huge stories he started, then abandoned for various reasons: the drug investigations that became the story behind The French Connection and the life of David Berkowitz (the “Son of Sam” murderer). The author also tells about his experiences with NASCAR and cycling, and he writes sensitively about women in sports and about the emergence of openly gay athletes. He reserves his harshest criticism for his sports-writing colleagues, many of whom he views as little more than dim cheerleaders. Though frank about his struggles with cancer, Lipsyte bobs and weaves about other aspects of his personal life (three marriages ended for reasons unrevealed) and ends with a moving tribute to his late father. At times a bit detached for a memoir, but packed with bright, biting insights about America’s obsessions with athletics.