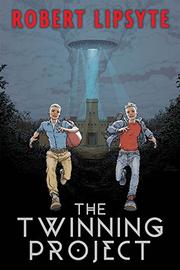 Unconventional, antisocial Thomas "Tom" Canty is highly intelligent and a gifted musician. He also has a bad habit of getting expelled from schools for standing up against bullies. Being a rebel and talking to his "imaginary" friend are two of the coping mechanisms he developed after his father went missing in a plane crash. His friend, Eddie, lives on a slightly younger alternate Earth, about 50 years in the past. Eddie is Tom's identical twin and polar opposite—athletic and popular. Third-person perspectives of other characters, such as the not-so-imaginary Eddie, fill gaps in Tom's first-person narration. The twins are key figures for a group of alien scientists wanting to take down the resistance that protects both Earths from imminent destruction, and the twins must switch places for some reason never fully explained. The overarching threat is ill-defined, but the immediate struggles of the young protagonists keep the story moving and enjoyable. The alien villains—who can appear on both Earths at the same time to menace all characters, although how is never addressed—are underdeveloped, like the threat they pose. Instead, the writing tightly focuses on Tom, Eddie and their friends on each Earth, and their interactions are more than strong enough to carry the weight of the plot.

A multi-world adventure starring a band of heroes that readers will want to join.