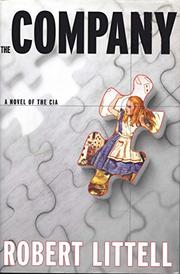 Virtually a history of the US for the past fifty years as seen through the dark lens of the CIA.

The author of several terse thrillers (Walking Back the Cat, 1997, etc.) here widens his scope in a fictional history of the CIA that encompasses a slate of major historical events—not to mention enough double and triple agents, politicians, wives, and lovers to employ half of the Screen Actors Guild in the inevitable miniseries. The briskly paced narrative begins in Germany in the 1950s as the Cold War and the CIA take shape. Agent Harry Torriti, the Sorcerer, tutors apprentice Jack McAuliffe, fresh from Yale, in an attempt to bring in a KGB spy from East to West Berlin. When the KGB catches wind of the attempted “exfiltration,” a decades-long search for KGB moles in the CIA ensues, becoming one of the story’s many compelling threads. Without pushing coincidence to implausible lengths, Littell has Torriti, McAuliffe and his Yale classmates, their wives and families, turning up, Rich-Man, Poor-Man style, at the Hungarian Revolution, the disastrous Bay of Pigs invasion, the Russian-Afghan War (now disturbingly resonant), and the Gorbachev putsch. A few clunky love scenes aside, the moments when personal cares tragically intersect with professional expediencies are genuinely wrenching. Littell skillfully casts these conflicts against epic moments (the flight of Hungarian refugees, the struggle in the streets of Moscow to save Gorbachev) that are as surging as similar set pieces in Dr. Zhivago and Gone With the Wind. The familiar theme, often tragically illustrated, is to believe no one, certainly no American president, as suggested in a wickedly funny send-up of Ronald Reagan (one of many real-life characters who appear in a bid for verisimilitude). It’s the CIA that, like Dr. Mabeuse in Fritz Lang’s M, rules the US from behind the curtain.