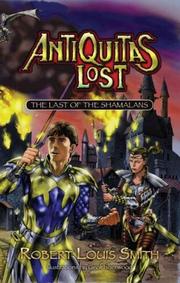 The Last of the Shamalans

A young boy discovers his special powers when he accidentally stumbles into a magical realm on the brink of war—a war he must help resolve.

When Elliott moves to New Orleans to live with his grandfather, his greatest concerns are his sickly mother and fending off the neighborhood bullies who make fun of the strange markings on his hands, deformities he has had since birth. It isn’t until his grandfather encourages him to check out his new basement that Elliott realizes there’s more to his appearance than meets the eye; he is transported to a fantastical world and picked up by two creatures called gimlets who recognize the markings and a bracelet Elliott wears as signifiers that he is a shamalan. The pair takes him to the council at the castle Harwelden and the chancellors throw Elliott in a room filled with water where he discovers that he can breathe underwater and his hands and feet become webbed, proving his identity as a shamalan. Meanwhile, across the land, the only other known living shamalan, Princess Sarintha, has been taken prisoner by enemy forces consisting largely of the race of serpans, who are waging war against the other races of the land. Elliott and his gimlet friends rescue a susquat beast named Hooks from the castle dungeon when Hooks promises to lead them to another shamalan hiding in the woods. But as they search, a serpan named Slipher, who has come across some special tracking magic and is desperate to prove himself to his commander by killing Elliott, hunts them. This is a bildungsroman and quest tale in the tradition of epic high fantasy, and fans of the genre will enjoy the extensive world building and imaginative magical feats. The characters are well-developed, some with poignant back stories and others whose true intentions aren’t revealed until the very end. Though the novel is lengthy, there is never a dull moment, as the characters’ actions drive the plot at a steady pace all the way to the ultimate battle. More than 70 pen-and-ink illustrations by Geof Isherwood, evocative of a Dungeons and Dragons Monster Manual, add an extra dimension to Smith’s vivid descriptions. Pleasing for readers looking to escape into an expansive world of magic, conflict and racing action.