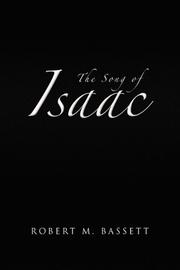 THE SONG OF ISAAC

The dramatic extrapolation of an ancient story.

Bassett takes up the tale of the biblical Isaac, or Ishak, in his young adulthood. A sensitive, intelligent boy struggling to find his place in the adult world, Ishak is a familiar character to those versed in his Old Testament story. However, Bassett takes the slight personality traits only hinted at in the Bible and expands them into a fictional world of the ancient Near East. In Bassett’s version, Abram becomes a violent prophet, prone to rage and leading his people by a mixture of extreme gravitas and occasional cruelty. His wife Sarah is a bitter, conniving woman succumbing to old age. Servant Eliezar is good-hearted but basically weak. And son Ishmael has the natural leadership qualities to rival the father who once sent him away. Together these and many other characters play out an epic story against a backdrop of intrigue, violence and magic. Indeed, even in Abram’s realm this is not the monotheistic world one would expect, but rather one steeped in the reverence of ancient gods such as Enlil, and the fear and hope in all things supernatural, including Abram’s God, but far from exclusively so. Even Abram himself, though a prophet and dedicated to the God who speaks to him, is surrounded by a mystical, magical worldview that he both deals with and feeds from. Bassett has a unique writing style that makes the reader more clearly imagine an ancient oral storyteller rather than a modern fictional account. He is also able to turn a clever phase here and there (“the miasmic exhalations of two old women, brined in resentment and secret vice.”). Some readers will balk at the license Bassett takes with the biblical account and his rather unflattering portrayal of Abram, father of three great world faiths. However, as a piece of fiction the book is readable, believable and entertaining.

Well-crafted, unorthodox take on the story of Isaac and his kin.