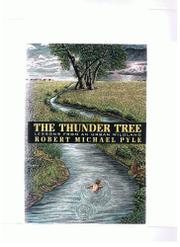 Lessons from an Urban Wildland

Natural history and memories fashion this ode to Colorado's High Line Canal by Pyle (Wintergreen, 1986), whose gentle style belies a lyric intensity rarely found in place-portraits. The one-hundred-year-old High Line Canal, a once great notion to bring Rocky Mountain water to irrigate the Great Plains, caught Pyle's imagination when he was a boy—and it has mesmerized him ever since. The canal, never completed and long abandoned, is still in evidence around the Denver area, but whereas in Pyle's youth it was a place of mystery and life, now it's bordered by senescent farms and industrial parks, trashed by dumping, its riparian habitat for the most part devastated. Pyle brings us back through the canal's past, exploring pockets of Coloradan history to provide the whys and wherefores behind the building of the structure. Given the scarcity of water in those parts, the canal attracted not only farms but a cascade of plants and wildlife as well: foxes and racoons, cornflowers and toads, magpies and cottonwoods, and various types of butterflies—painted ladies and question marks and mourning cloaks. The author's rhapsodies are short-lived, though, as he slips into gloom while he ponders the canal's current state of affairs—environmental disfigurement in the wake of urban sprawl; the woeful extinction of local species; the humiliation of a unique place. It comes as no surprise that he winds up with a plea to protect the canal and its remaining wildlands. Never preachy, never cloying: a powerful and memorable example of place-writing.