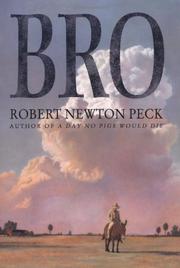 Nine-year-old Tugwell Dockery doesn’t speak. People think it’s because of the horrible train crash that killed his parents, but no, something he witnessed years ago made him mute. His older brother, Broda Joe Dockery, knows Tug is smart and knows he’ll talk again someday, but Bro is in prison for another year, though plotting an escape. Told from several rapidly shifting, third-person points of view, the story races along. A corrupt prison warden, a prison break, a swamp full of deadly gators and snakes, and mysterious terrors in Tug’s memory give the story a larger-than-life feel. The opening chapter is a model of sharp descriptive writing, and a later birthing scene is reminiscent of a famous episode in A Day No Pigs Would Die. Allusions to prison violence and a graphic scene out of Tug’s memory make this a work for an older audience. (Fiction. 12+)