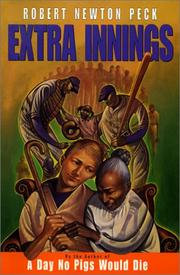 Memorable for its cast, if not its patchy plot, this tale revolves around a teenager regaining his balance, both figuratively and literally, after losing most of his upper-class family. But as the title indicates, it’s really more about the lives and characters of the elderly relatives who take him in. A plane crash has left Tate Stonemason without parents, grandparents, or siblings, and with a shattered leg that has brought an end to his dreams of playing professional baseball. Only his great grandfather Abbott and Abbott’s adopted daughter, Vidalia, herself over 70, remain to care for him. They do that, in part, by sharing baseball memories: Abbott, of attending Ty Cobb’s funeral; Vidalia, of “Ethiopia’s Clowns,” African-American barnstormers who raised her for ten years during the Depression era after she was left as a baby on the team bus. Peck (Cowboy Ghost, 1999, etc.) stitches together a set of connected but separate tales. They include an airport worker’s act of negligence that causes the crash; the Clowns’ experiences in towns both hostile and welcoming; the adoption of young Vidalia into the Stonemason family despite the color of her skin; and finally, Vidalia’s death, and the keeping of certain promises made to her by Tate and Abbott. The Stonemasons’ oddly stilted way of speaking with each other—“ ‘Mr. Tate believes that there’s only darksome, but all he has to do is wait patient for a dawn. No storm endures forever. There always comes a sunup. Perhaps not the perfect day, but nevertheless a spanking-fresh one.’ ”—has the effect of bringing out how strong, close, and loving they are, and though the worst of Tate’s dark night passes between chapters, his healing brings the story to a strong close. (Fiction. 11-14)