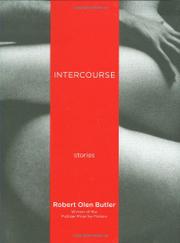 The latest from Pulitzer-winner Butler (Severance, 2006, etc.) consists of 50 pairs of brief lyrical monologues depicting the thoughts of people while engaged in sex.

Butler has made a side career of short-form gimmickry. This brief volume fits squarely in that category. Here Butler inhabits mythological couples (Zeus and Leda, Santa and elf), historical couples (Henry VIII and Anne Boleyn), political couples (Bill and Hillary, George and Laura), animal couples (a rooster and a chicken) and so on. Sometimes the results dazzle. When J.W. Booth and an actress hook up on the 1863 night when the Lincolns saw Richard III, Butler not only probes Booth’s psychology but has provocative things to say about the unknowability of actors, whose very masks have masks. He provides a charged account of Lizzie Borden’s fling, years post-murder, with an actress rebelling against her own conventional parents; each woman uses the other, and here, as elsewhere in the book, sex seems lonely indeed. But Butler relies too often on strained lyricism (Shakespeare, for example, thinking, “a well dug deep and dark and I send my vessel down”), and the many entries about writer couples depend on Butler’s skill with pastiche, a form in which he can seem ham-handed or jokey (Gertrude Stein’s love-paean to Alice, for instance, ends with, “her mustache is her mustache is her mustache”).

Too often the entries seem maddeningly brief and superficial.