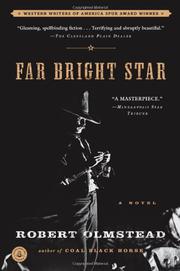 The story begins in the summer of 1916, a few months after Pancho Villa’s attack on Columbus, N.M. Officer Napoleon Childs has led a U.S. Army expedition deep into the Mexican desert in pursuit of this chimerical figure. The sun is punishing, the landscape is daunting and chasing the spookily elusive Villistas is beginning to show on Napoleon’s men. Olmstead is wondrously attuned to the natural world and the realities of war; he uses sand, heat and distant mountains as a stage set, and his narrative unfolds with all the formal rigor of a Greek tragedy. The sense of pageantry is enhanced by the fact that while cavalrymen with rifles and bayonets pursue a bandoliered revolutionary in the Americas, a new kind of warfare is being invented in Europe. The futility of this particular mission, Napoleon is aware, mirrors the more general futility of a soldier’s life, but he is sanguine about his vocation until his company loses a savage fight that never should have happened. Pulled from among the dead, he watches a fellow survivor tortured and killed by a band of rebels whose bloodthirsty female leader spares Napoleon so he can “tell the others what happened here.” Now he must stay alive until his brother and their comrades can find him. The journey he takes recalls that of Coal Black Horse’s protagonist, with the vital difference that Robey was young, while Napoleon is old. When Robey came home from the battlefields of the Civil War, he rejoined the deep, mysterious stream of life; he had hope and a future. For Napoleon, the return to life is a return to the past and, finally, a return to war. The spectacle Olmstead presents is not a pretty one, and its consolations are only for the strong and clear-minded. But the beauty and power of his prose will keep most readers from looking away.