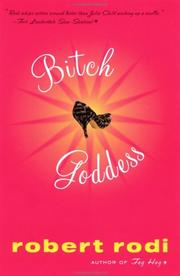 Has-been sex symbol tells all—well, not quite all—in this latest from the author of Drag Queen (1995).

It’s up to Viola Chute’s ghostwriter to fill in the blanks in her memoirs, and E. Manfred Harry will do just about anything for money since the publication and instant remaindering of his masterpiece, Mincing in Urania, an overwrought gay romance that received no more than a sneer or two from callous reviewers. Harry, a showbiz trivia buff and bad-movie aficionado, sets to work taping chatterbox Viola, beginning with maudlin (and mostly bogus) memories of her Cornwall childhood, moving quickly through her brief marriage to a filthy-rich tycoon before she leapt to a very minor kind of stardom in crummy toga flicks like The Private Life of Agrippina and Passion on the Nile, now cult classics. Old newspaper and magazine clips provide more information on Viola’s second marriage, hateful daughter, and headline appearance in a musical mega-bomb based on the life of Sylvia Plath. Harry has to admire his employer’s wondrous knack for rising phoenix-like from the ashes, then falling right back in again. Her devoted New York fans (mostly gay men) have never forgotten her naked dance at Studio 54 . . . or the tail of toilet paper attached to her flawless bottom. Fired by the temperamental diva and furious about it, Harry takes an assignment from another actress, who wants him to dig up some real dirt on the unsuspecting Viola. Georgia Kirkby is bent on revenge: after all, she had the lead role on a scandalous and highly successful TV soap until archrival Viola stole it. There has to be something in Viola’s past that could be used against her now. Part of her life story doesn’t make any sense at all . . . something about a nobleman with a penchant for humiliating housekeeping games? Tune in tomorrow for the who-cares denouement.

Well-written bitchery, but it’s all so-o-o Dynasty and so dated.