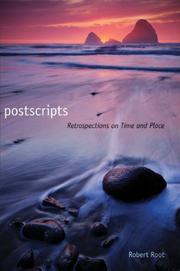 Retrospections on Time and Place

A disparate, often disappointing collection of essays on place and time, enlivened by the inclusion of pertinent excerpts from the writings of E.B. White.

Root (English Language and Literature Emeritus/Central Michigan Univ.; Following Isabella: Travels in Colorado Then and Now, 2009, etc.) brings together 13 pieces of nature writing, 11 of which have previously been published in somewhat different form in various literary publications. The author is clearly a great admirer of White, devoting four of his pieces to that author. Unfortunately, his own writing pales in comparison to that of one of the masters of creative nonfiction. Root’s focus on the mundane details of his travels around Great Pond in Maine keeps his work from having the emotional impact of White’s account of returning as a father to a lake he had first known as a son. A similar problem occurs with an essay in which Root quotes liberally from White’s witty rhyming book review of Louis Bromfield’s Malabar Farm. Root tells of his tour of Malabar Farm State Park in Ohio and provides some history of the place and of its novelist owner’s ideas on farming, but it is White’s review in verse that stays in the mind. Root’s musings on time and place come into their own in Chaco Canyon and in the tides and heavy fogs of Acadia National Park, where the history of the land is preserved in the names of tribes and colonists. The author is even sharper when he writes about Florida, where the absence of clear seasons can delude one into thinking that time has stood still.

An uneven collection in which too many parts read more like a journeyman’s records of where he’s been and what he’s seen than the work of a longtime teacher of the art of literary nonfiction.