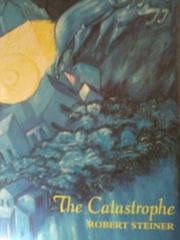  Like Jerry Lewis, the prolific Steiner (Dread, 1987, etc.) is big in France, but with this silly purple-prose fest, a novel in the guise of a biography of an expatriate American painter, Steiner's native audience will remain elusive. The intrusive ``biographer'' and his painter subject, Edward Kite, are both obsessed with sex, and thus this overlong book has little to do with art and much to do with worldly travel and infidelity. The biographer is an academic who sleeps with his students and tries to seduce the people who knew Edward Kite; intermittently, he tosses in tidbits about Kite's life. Coming from wealthy and eccentric New England stock, Kite is shipped off to various European boarding schools where he receives his artistic (and sexual) education, described in Victorian detail: ``She mouthed his nether eye in time to taste the dragon's hot breath.'' Back home, he loses his eye in an motorcycle accident (one of two ``catastrophes,'' the other being a European earthquake that Steiner refers to often, apparently for its shopworn metaphorical value). Kite, energized by his accident, throws himself into painting, although there is hardly any mention here of the nature of his art or the specifics of the creative process. Kite marries a friend's sister, then seduces the wife of a friend, and finally runs off with his son's girlfriend, the daughter of his second wife. Most ludicrously, the biographer winds up having sex with Kite's wife in front of Kite when the latter's on his deathbed. Meanwhile, much of this threadbare story is taken up with overwritten descriptions of couplings and luxurious locales: ``Where now bemossed statuary, decapitated and limbless, futilely turn to point oceanside, yesterday overripe breasts, buttocks and priapic hyperboles could not fail to escort you, fortunate guest, to the witty and salacious soirÇe.'' Empty and pretentious.