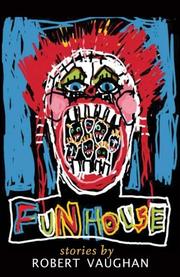 An author rolls several compact books into one.

Vaughan (Rift, 2015, etc.) divides his work into four sections: a set of flash fiction titled “Flashes/Balloon Darts”; a series of shorts with portraits evoking Edward Gorey’s The Gashlycrumb Tinies called “Another Brick In the Wall/Hall of Mirrors”; experimental poetry inspired by female musicians labeled “Divas/Tunnel of Love”; and a segment of brief fiction named “Shorts/Ferris Wheel.” What these parts mostly have in common is Vaughan’s sense of character, the ability to reveal just enough about his creations to make them seem fully rounded, sometimes in just a few sentences. “Our First Date” is eight sentences spaced out on eight lines, but there’s so much to unpack. The twist comes in line four, when the narrator’s despair boils over because he can never see his children again. And by line eight, that emotion has been tamped down to polite agreement. No reason is given for the separation, whether it’s a legal matter or the children have died. The piece shows a remarkable range of emotions in what takes just seconds to read. The “Another Brick” series is charming, much in the vein of its muse. Vaughan is incredibly efficient at worldbuilding, and by the end of the section, it feels as though readers have gotten to know a community of kids, one for each letter of the alphabet. The “Divas” poems are evocative, each one starting out with a name, a birth year, and a set of lyrics and then delivering what feels like the author’s immediate reaction to the music. Sometimes words from the lyrics echo in poems, and repeated lines about rubbing off dead skin and being told not to hug emerge as readers work their ways through. Vaughan keeps readers guessing from section to section and piece to piece. He’ll follow the story of a relationship from courtship to engagement with a brief horror tale and, a few pages later, a one-paragraph singles ad.

This work remains a striking world unto itself; a highly entertaining and thought-provoking read.