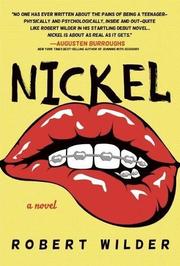 Ninth-grader Coy doesn’t feel comfortable in his own skin. Neither does his best friend, Monroe.

Drawn together by their shared outsider status and a mutual love of 1980s pop culture, the two white teens help each other through the day-to-day craziness of middle school. Coy’s father died years ago, and his mother has been institutionalized for six months, leaving Coy to live somewhat awkwardly with his stepfather. The nickel in Monroe’s braces have given her a rash around her mouth, which spreads to become a life-threatening medical condition, throwing narrator Coy for a loop. Coy’s insecurities compel him to ridicule others, and it’s easy to trip over the slurs that come so easily to him, mostly variations on gay jokes: “It sounded so ghey I wanted to die,” “Fifty Shades of Ghey,” among dozens. Coy himself is a stereotype of a nerdy white boy who mindlessly disrespects others, from an Asian receptionist (“whatever the hell brand of Chinese or Vulcan she was speaking”) to the home-schooled (“They’re like the Amish, only even less deodorant”). While the story contains a lot of humor, it comes at a cost, as the hefty amount of teen slang threatens to overwhelm the plot. Still, Coy is a likable narrator who wears his vulnerability on his sleeve for readers to see. A witty, angst-filled drama that succeeds in spite of its flaws. (Fiction. 13-17)