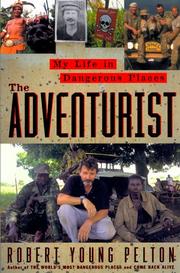 My Life in Dangerous Places

If an inflated ego and unbridled machismo were all it took to write well, Pelton (The World’s Most Dangerous Places, not reviewed) would unseat Shakespeare.

Pelton lives an extreme lifestyle: he travels to Afghanistan, Borneo, and Algeria and hangs out with guerrilla groups. He dances with headhunters in Sarawak, survives a plane crash in Kalimantan, and plays with pirates on the Sulu Sea. The leader of the Bougainville Revolutionary Army thinks Pelton is a mercenary hired to kill him. Such stories would have to be told by Henry Kissinger to lose their innate excitement, but Pelton nevertheless destroys his narrative through his super-smug and self-congratulatory authorial stance. Comparing himself to figures no less epic than Hercules and Odysseus, he seems to have swallowed his own self-aggrandizing public-relations blitz, meanwhile dropping weighty existential melodrama (“I feel I am someone from his past and he is someone in my future”), outlandish exaggeration (“I will learn this hard African French or I will not survive”), and jaw-dropping clichés (“There is knowledge beyond books out here”) within the space of two paragraphs. All this blustering and posturing distracts incessantly from quieter narrative moments: the descriptions of his troubled childhood, his education at “the toughest boys school in North America,” his early years working in advertising, and his troubled relationship with his mother are related in a straightforward and affecting manner. Unfortunately, though, Pelton’s “Adventurist” persona returns. When one reads such lines as “Then she met me, someone who had the uncanny ability to not only read her mind but tell her what she was thinking and who she was,” it becomes difficult to keep a straight face.

An interesting narrative killed off by its own bluster.