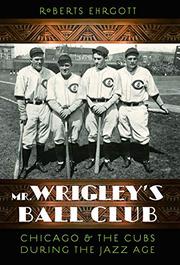 Chicago and the Cubs During the Jazz Age

A baseball historian recaptures Chicago’s most notorious era and the city’s love affair with one of baseball’s most colorful teams.

An absolute must for any baseball fan’s library.