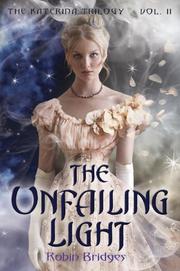 From the Katerina Trilogy series, volume 2

In the sequel to The Gathering Storm (2012), the tsar forces Katerina to put aside her ambition to attend medical college and return to Smolny Institute for another year of finishing school, immersing her in the dangerous paranormal intrigue of the Russian court.

Since the blood bond created with vampiric Prince Danilo in the previous effort, he now has access to her thoughts, but Katerina knows better than to trust this handsome royal. Her thoughts are centered instead on Grand Duke George Alexandrovich, but he’s been sent to Paris to acquire a better understanding of magic, and besides, he’s aligned with the Light Court and she’s tied to the Dark. Thanks to her inborn talent as a necromancer, she can reanimate the dead at will. Now, in spite of a protective spell cast over Smolny Institute, an evil spirit has taken over the library, threatening students and staff. Katerina is determined to resolve the situation. The pace is deliberately slow; readers will have to be sustained by Bridges’ complex worldbuilding rather than any rapidly rising level of suspense, although the climax is satisfyingly perilous. Given the back story’s complexity, the second volume cannot stand alone. Katerina’s first-person voice is smart and believable, fitting well into this atmospheric romance.

The simmering tale never quite reaches the boiling point, but fans will nonetheless yearn for the conclusion. (Paranormal romance. 11 & up)